I, am a chump. So is my wife. And if you try to live within your means, pay your taxes and your bills, you are a chump, too.

Who says so? The President of the United States says so. The Democrat Congress says so. Their near trillion dollar “stimulus” isn’t for you or me – the folks who play by the rules – it’s for those people who didn’t (and don’t) give a damn about the rules (which seems to include more than a few Democrat congresspersons and current Administration officials).

If you took an ARM so you could live in a house you really couldn’t afford, or bought three or four like that… no problem. President Obama will get your mortgage(s) restructured, or get you out from under it with little or no penalty. You’re not responsible – you’re a victim.

If you have bad credit because you lived beyond your means and now can’t pay it back… no problem. Nancy Pelosi will make sure your bad credit will not count against you in the future. You’re not responsible – you’re a victim.

If you’re a large corporation whose products can’t compete in the market… no problem. Harry Reed will give you the money people would’ve given you had they bought your products. You’re not responsible – you’re a victim.

If you made bad choices in the past, the government will make sure you don’t have to face them or suffer because of it. (You're a "victim," remember?) That’s the real message of the “stimulus”: responsibility is for chumps.

Obama hasn’t just mortgaged our nation’s future, dear readers. Oh, no. With stroke of the pen he, and the Democrat Congress, have sold our future to the very enemies of our freedom – authoritarian thugs, communist opportunists and zealous islamofascists. And he saddled our descendents with paying for it. For what? The “stimulus” has become little more than a pork-loaded exercise to pay off loyal Democrat constituencies and special interests, to cover some really bad (I'd say incompetent) failed Congressional do-good schemes, and is a convenient excuse to grab more government control over the private means of production and finance. (A long term goal of the Left - just ask Bill Ayers.)

Those of us who played by the rules didn’t create this mess. It was caused by those who didn’t. But somehow, we’re expected to pay for it. Us chumps.

But us chumps have been complacent for too long. It’s time the silent majority of this nation speaks in proportion to our numbers, and drowns out the shrill, shrieking Left and their squeeling groupies in the media. How, you say? By doing three things:

First, get involved. The world really is run by those who show up. Put a sticker on your car; write a letter to the editor of your local paper; comment on blogs. (Heck, start a blog.) Let the world know what you think. Take time off work to attend a taxpayers rally, or a Tea Party protest. If 10 show up, it’s not news; if 10,000 show up, it is. Put on an event of your own – a rally or small cocktail party to get like-minded people together. Get involved in a national movement. Talk to your friends and neighbors. If they feel similarly, get them involved as well.

Second, put your money where your mouth is. Us chumps still control something like 1/2 – 2/3 (for the time being) of the national economy, so let’s use that to our advantage. If there is a national or local taxpayers day of protest, call in sick or close your business. Yes, you’ll loose a day’s vacation, or a day’s pay, or a day’s revenue, but is that a greater cost than what will happen if we keep going down this path? If you own a business, refuse to take any money that comes from the stimulus, or work on projects funded by it. Don’t buy GM, Ford or Chrysler vehicles. Move your money to banks that do not take stimulus money. When you get Obama’s tax rebate, spend it all on something the Left would not approve: ammunition, a new gun, or a fur coat, for example. (Me, I’m thinking of driving our V8 SUV to Mexico or Canada and buy a couple of 3.2 gallon / flush toilets for the house.) Or, send it to the GOP (they do seem to be getting their act together), or the NRA, or your church, or a local conservative/libertarian political candidate or cause. Use it to help fund local anti-stimulus protests, or a national organization.

Third, we need to do something we lovers of individual freedom really suck at, and our Leftist friends really excel – we need to organize. I mean, really organize. Obama won because he had an organization, right down to the neighborhood level, which could - and would - turn out (some more than once). It had a simple, understandable, optimistic message, and lots of energy. We need the same, and we each need to be an active part of it. Showing up on voting day isn’t enough anymore. Which organization it will be, well, that’s an open question. I don’t think it exists yet, or is just in it’s infancy. But we need to settle on just one, and keep it going. You may not agree with everything it stands for, but speaking with a single voice carries great power.

I'm with you in theory. In practice, the new COBRA provisions will make it possible for me to keep my health insurance a little longer, when my job goes away on June 30. I don't like it, but I'm sixty years old and have no spouse and only modest savings.

As an owner of two Ford cars, I'm not quite ready to boycott them yet. They didn't take the initial "auto bailout money", and that gives them at least one point in my book. ::grin:: Chrysler and GM, however, are no longer viable options for this household. Pleh!

Still, I'm sending links of your post around to my like-minded friends. Out here in the "boonies" there aren't lots of opportunities to organize, but we're smart folks and I bet we can come up with *something*. 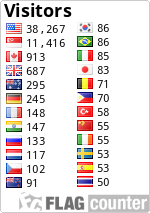